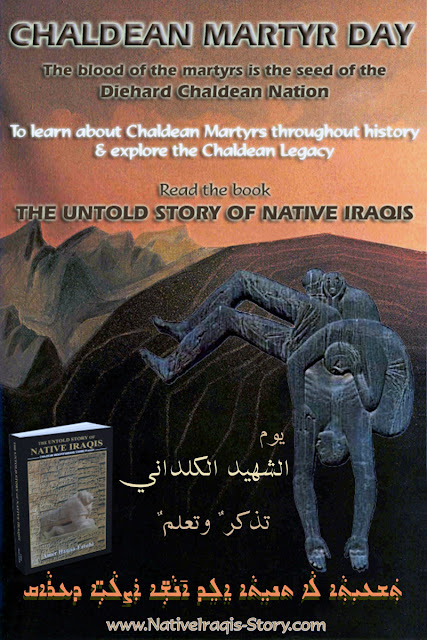 If the blood of the martyrs is the seed of our nation, then our Chaldean nation is the blood vessel of the prosperous future. ~ Amer Hanna Fatuhi, visual artist and historian.

In 521 B.C., the Babylonians appointed their own king, Nebuchadnezzar IV, and the city rebelled. Darius’ gigantic army defeated the rebel army and captured Babylon. Then the Chaldean king and his main followers were impaled inside the city.
In 482 B.C., Babylon rebelled against the occupation of the Median Empire, killing the Persian ruler and defeating the Persian army. Xerxes, the king, sent an enormous army under the command of his brother-in-law to capture the city in the beginning of October. The Persian army destroyed the temples and took away the idol of the Babylonian god Mardukh and once again, over three thousand Chaldean revolutionists were impaled inside the city on or around October 6, 482 BC. 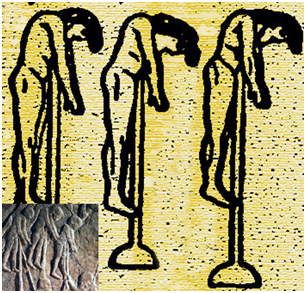 Since 2013, the day October 6, 2013 was approved by most Chaldean political parties, cultural and socials organizations and activists all over the world. October 6 became the official Chaldean Martyr’s Day.

Chaldean Martyr's Day on October 6 is not just about honoring and remembering those who fell defending the Chaldean name throughout our long and deep history, but it is all about how we keep those sacrifices by our ancestors alive. It is also about keeping the Chaldean Nation and its diehard people free from threats of terror and persecution.

To learn about the ongoing ordeal and persecution of the Chaldeans since before Christianity until the present time visit: Amer Hanna Fatuhi | www.NativeIraqis-Story.com
Posted by Dr. Amer H. Fatuhi, Ph.D., Visual Artist & Historian at 9:07 PM